PASTOR MODUPE AFOLABI
Pastor Modupe is the Executive Administrator of the Redeemed Christian Church of God (RCCG) Central Office. By the grace of God, she has been a pastor for over 15 years. A seasoned speaker and a teacher of God’s word, Pastor Modupe is indeed a woman helped by God who also has a passion for building up youths spiritually. Her desire is to see young people make informed decisions before marriage, particularly through the charity she runs together with her husband, Pastor Wale Afolabi called JB4 Courtship. She has counselled many people and helped them discover who they are truly meant to be. Pastor Modupe is blessed with three wonderful children.

BELEMINA OBUNGE
Belemina T Obunge was born in Onitsha on 30th September 1962 to Sir Ambassador D. Daye Obunge and Lady Emma S. Obunge. Owing to his father's diplomatic calling, he attended various Primary Schools: these include * Ireti Primary School, Lagos * Anglo-American School, Stockhome, Sweden * St George's School, Rome Italy Secondary schools attended Include: * Stanforth Park, Dublin, Ireland * Brighton College, Brighton, England * Federal Government College, Warri Where he obtained a grade one result. In 1979 he proceeded to the University of Ife where in 1984 he graduated with B.Sc (Hons) degree in Civil Engineering. He did his National Youth Service in Kukawa Local Government Area, Borno State and served as a resident Engineer for the council. However, owing to his love for the youth and service, he also taught in the Government Comp. Secondary School in the area where he was their discipline master. The council reorganized his inherent love for orderliness and appointed him the Area Commander of the newly introduced WAI BRIGADE a vanguard of youth dedicated towards upholding discipline in tHe society. After NYSC, he came to his state and was the Project Manager in a private Construction company - Sima construction ltd. While there he supervised the construction of various building projects in the state. This however did not prevent him for identifying with the WAI Brigade in the state, hence he continued to selflessly offer service to the nation and influence the lives of youth and citizenry. Towards shunning the social vices that had become a cankerworm in our system. In 1986, Belemina Obunge was unanimously nominated to lead the Brigade in the state. This was confirmed the following year when the Federal government approved his appointment as the State Commander of the WAI Brigade Command in the State. He joined the Directorate for Social Mobilization (MAMSER) in 1987. It was while he was in the directorate that he had the vision to contribute in other measures towards the advancement of the society, especially the youth. This led in 1991 to the establishment of the EMARID Evening Extramural Lessons; the seed had been planted. In October, 1992 he began Emarid College as a co-educational secondary institution introduced into the educational sector. Not with the aim of joining the rest, but with the aim of giving our youth the opportunity to grow up and study in a discipline and God fearing environment. In 1997, Pastor Obunge left the Directorate (now known as the National Orientation Agency -NOA) to concentrate on the management of Emarid College; a school he had nurture from 6 students in 1992 to its present status of over 1000 students. Belemina Obunge's life has been one dedicated not only to the service of the nation but more importantly to God. * He was a State Youth Pastor of the Redeemed Christian Church of God, Rivers/Bayelsa States. * Area Pastor of the State Headquarters Area of the Mission. * Obunge was appointed as State Pastor of Rivers 2 in the year 2000. * He was transferred from Rivers 2 to Bayelsa in the 2009. He has also at various times served in numerous committee and Task Forces at the National and State levels. He was: * Secretary, Association of Approved Private Schools, Rivers State * Secretary, Association of Christian Schools of Nigeria, Rivers/Bayelsa States * Member, Police Community Relations Committee * Govt. nominee in the Management Committee of the Rivers State Youth Council * Secretary, Patrons Coincil, WAI Brigade, Rivers state. * Secretary, PFN, Rivers State Chapter * Vice Chairman, PFN, Rivers State Chapter... He is currently * IntercontinentalYouth Pastor- RCCG * Pastor in charge of Region 35 * Coordinator Rivers Family * Member, Police Community Relations Committee * Head of Administration, National Protocol of RCCG * Head of operations, Central Missions Board Pastor Belemina T. Obunge is happily married to Tamunoemi and has two biological children

Pastor Tunde Badru
Pastor Tunde Badru is the Pastor-In-Charge of the Redeemed Christian Church of God, The King’s Palace, Katy Texas, the Pastor In Charge of Province 1, Region 5, of the Redeemed Christian Church of God, North America, the Assistant Regional Pastor, Region 5, and the Special Assistant to the Continental Overseer, Redeemer’s Leadership Institute and Sports. He is a teacher of disciples and church workers. His love for God, a great passion for the teaching of the word of God and a burning desire to see souls come to God and to positively affect lives are strong motivations for a tireless labor in the vineyard. Strongly supported by his wife, Sade; they lead a generation of believers who are desirous to make a difference in these last days. He combines an Engineering Degree with professional qualification in Accounting with years of experience in Human Resource Management and Banking. He is a Management Consultant, Trainer and Mentor to many across churches and the corporate world. Pastor Badru holds a Diploma in Theology from the Redeemed Christian Bible College; a graduate of the School of Disciples of the Christ the Redeemers Ministry and a certified Counselor by the Faith Based Institute of Counselors. Blessed with a Miracle Son Boluwatife Isaac Ogomide BADRU after 23 years of marriage. God’s grace and His faithfulness is evident in the life of Pastor Tunde Badru. To God be the Glory! 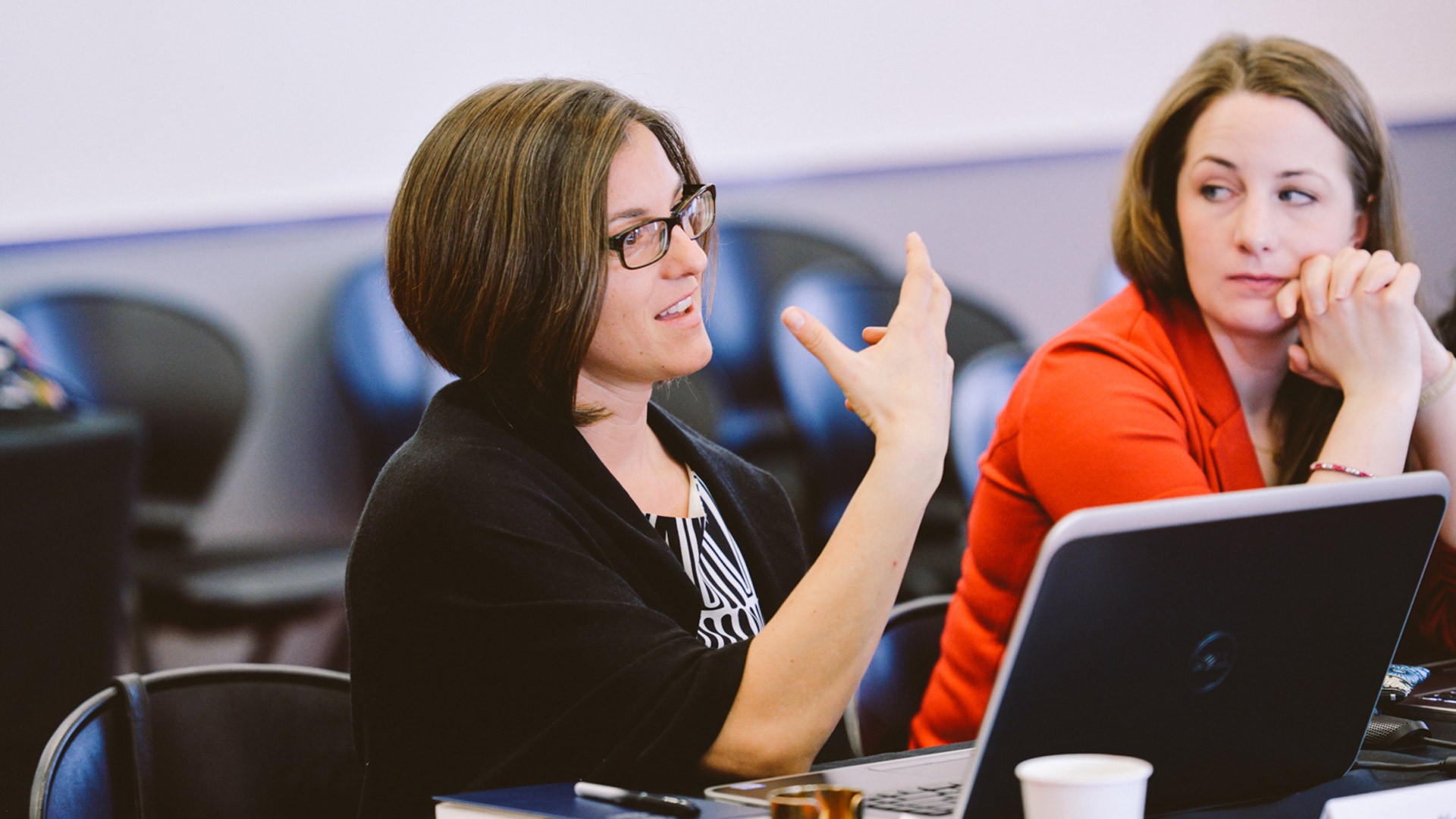 MiAgency is a staggeringly minimalistic theme that tells a story through imagery. With not a pixel out of place, it is the most amazing way to highlight all of your work. This theme is highly Flexible, Customizable & fully Responsive making it ideal for Agencies, Studios, Photographers, Fashion Designers, Bloggers and Creatives. As your needs grow, MiAgency evolves with you, effortlessly adapting to your needs. MiAgency builds an engaging user experience by saturating the screen with your amazing artwork or photos. So, show your work & create immersive portfolios with MiAgency.

No more small thumbnails or templates everyone else uses. It is a new way to craft your portfolio by designing powerful case studies & beautifully crafted branded project pages. Whether you’re a print designer, web designer, studio or photographer, dive into each project with beautifully crafted & pages for each individual project. With MiAgency you automatically go the extra mile.

No more small thumbnails or templates everyone else uses. It is a new way to craft your portfolio by designing powerful case studies & beautifully crafted branded project pages. Whether you're a print designer, web designer, studio or photographer, dive into each project with beautifully crafted & pages for each individual project. With MiAgency you automatically go the extra mile.